The History of Home Security

Home security has been a concern for humans as long as humans have had homes. For example, in medieval times castles were designed with the idea of protection in mind. Security measures involved guards, moats, and castles specifically designed for withstanding an attack or intrusion. These security measures were effective even if they were simplistic and barbaric. While these methods worked in the days of the crusades, they are unrealistic to implement in modern day suburbia, not to mention they wouldn’t pass zoning laws. Technological advances, such as electricity, have paved the way to sophisticated home security that is affordable and effective for the modern family. 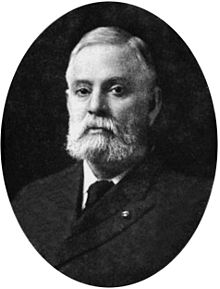 Augustus R. Pope is credited with creating the first security alarm, utilizing electro-magnets. A Harvard graduate, and a Somerville resident, Pope was in the perfect place to develop his creation. At that time, Boston was the hub for telegraphic development and manufacturing. Pope worked alongside the great minds of Edwin Holmes, Moses Farmer, and Alexander Graham Bell as they developed their respective inventions. Pope patented his home burglar alarm concept in 1853. Due to failing health he later sold the patent to Holmes, who is credited with commercializing and distributing the system in New York City, making it available to the wealthiest residences and businesses. Pope’s simple, but innovative design changed the way that people approached property security. The system involved magnetic contacts which were installed on any point of entry from the exterior. If doors and windows were opened once the system was set, an alarm would sound inside the house. This rudimentary design was limited by today’s standards because it was unable to contact police, like modern technology, but it was effective at preventing break-ins and loss of property nonetheless.

As technology advanced, businesses had better access to electromagnetic security systems that were also capable of alerting police nearby. This improved security was beneficial to jewelry stores and other businesses that had an interest in protecting valuable merchandise, and who could afford it. As this technology became more readily available, and thus more affordable, the use of security systems became more widespread. Smaller businesses and less affluent families were more capable of acquiring electric security. Although this technology was very effective, wireless connections, and systems with other advanced features would still take years to develop and come into common use. Currently home security is better than it’s ever been, and fire departments and police can respond in minutes, improving property recovery and safety.

The 1980’s were a time of rapid improvement in terms of availability of home security. Once prevalent only in commercial businesses and wealthy estates, home security became a household word across America’s working families. As the middle class grew in the second half of the twentieth century, quality of life improved along with burglaries due to increased income in a large portion of the population. The security industry responded to this change and scaled down systems originally marketed to businesses. These modified systems were very effective for residential applications and were much more accessible to the middle class.

Over time, developments in home security led to a variety of systems consumers could choose from to fit their needs. Aided by improvements in other fields, such as the telephone industry, decreased the time it took for police to respond to alarms. With the advent of the security camera, how the security industry approached the issue of security drastically changed. This new opportunity allowed guards and owners to monitor property from a distance. Businesses could finally protect against thieves and shoplifters who operated during regular business hours, as effectively as they could protect against intruders with their after hours alarms. Private use of security cameras came into common practice later, but they have been used for a multitude of safety purposes. More recently the invention of the internet opened a new frontier of possibilities and it forever changed how the home security industry operated. Notification of intrusion is now instantaneous. Not only has response time improved however, thanks to the internet, homes and businesses can be actively monitored from cellular phones and other remote devices that are widely available and used by the general population.

Nowadays it is imperative that homes have a security system. Almost every home has some combination of home entertainment systems, computers and other specialized and expensive equipment. Protecting these investments is simple and easy, and at a price point that is a realistic expense for most families. If you have not yet taken the steps to safeguard your home, now is the time to take action in protecting your family and your property.

One Response to “The History of Home Security”